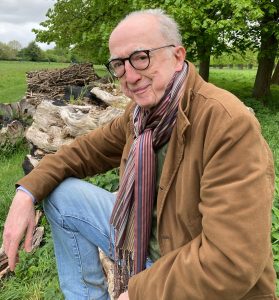 Hi. I’m Paul Kenny. I live in Teddington, Middlesex, with my wife and whichever kids are passing through.

I’m a biographer, working in a golden window of opportunity. I employ that great utility tool of the 21st century, the search engine, to find all manner of primary source material in universities, museums and archives. Then I use that material to bring great 20th century personalities back to life.

In 50 years, will there be any archives of emails?

It’s hard to believe, but my first book, The Man Who Supercharged Bond, is 13 years old now. It told the story of automotive, aeronautic and astronautic engineer and society portrait painter, Amherst Villiers. The late Edward, Lord Montagu of Beaulieu, who kindly wrote the foreword, called it ‘an authoritative, overdue account of an extraordinary man.’ Jay Leno introduced it on his book club as ‘one of the automobile books of the year, if not the automobile book of the year.’

I’m now working on Whitney Straight. Born an American, in New York City, the day after Woodrow Wilson was elected the 28th president, he died an Englishman, in London, a month before Margaret Thatcher became prime minister. He was one of the finest racing drivers in Europe. He had a remarkable war, one of few airmen to win a Military Cross. And he was an executive of some of Britain’s finest companies, including BOAC, Rolls-Royce and Midland Bank.