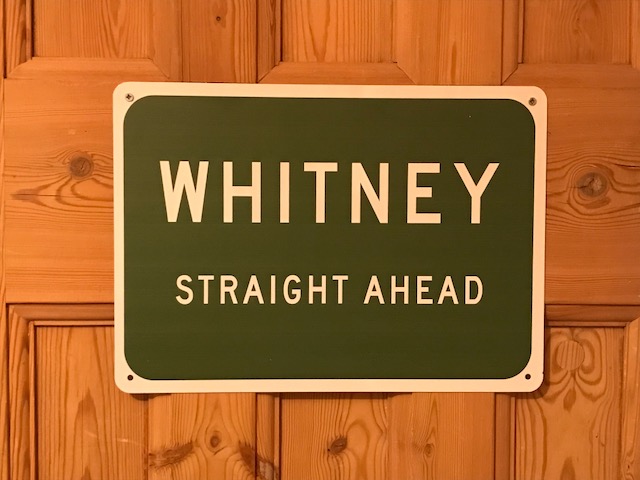 On the door of my study is an old American road sign, directing drivers to a small town down the road named Whitney. Insert a comma, and ‘WHITNEY STRAIGHT, AHEAD’ is my direction of travel. 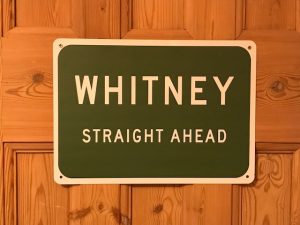 Whitney Straight was born in New York in 1912, and developed an early obsession with wings and wheels. His father Willard died of Spanish Flu in Paris, a few weeks after the end of the First World War, and his mother Dorothy moved the family to England when she married British agronomist Leonard Elmhirst, and established Dartington Hall in Devon as a school and centre for the arts.

Whitney quit Trinity College, Cambridge to focus on a burgeoning career in motor racing, and ran a three-car team of Maseratis on the circuits of continental Europe. Upon marriage to Lady Daphne Finch-Hatton, he quit motor sport and established a chain of airports and aero clubs, offering flying as an affordable past time for young men and women. He even designed a light aircraft, the Miles Whitney Straight, with a closed, heated cockpit and side-by-side seating, for them to enjoy their hobby in comfort.

War intervened, and Whitney, who had taken British citizenship, joined the Millionaires’ Mob, 601 Squadron. He saw early action in Norway, which left him with a scarred back and an MC. In the summer of 1941, days after learning he’d been awarded the DFC, he force-landed his Hurricane in a Normandy wheat field, spent a week on the run and was captured within walking distance of the Spanish border.  A year later, he escaped and was carried to freedom in Gibraltar in a Royal Navy vessel disguised as a Portuguese trawler. He spent the last years of the war as an Air Commodore in Cairo, running 216 Group with responsibility for military air transport.

After the war, he put the management skills he had acquired to good effect, as Managing Director of BOAC and Deputy Chairman of Rolls-Royce. He also held executive posts with Midland Bank and the Post Office.

I consider myself most fortunate to be writing Whitney’s biography, and to have the support and encouragement of his daughters, Camilla and Amanda. It’s a fascinating direction of travel to have taken, and I’m enjoying every moment.